Google has rolled out its latest version of the Android OS – named Android 10. While the previous versions were named after desserts – Nougat, Oreo, and Pie being the most recent ones; Android 10 moves away from this nomenclature. Also, for the first time since 2014. Google has redesigned its logo featuring the green robot head, signaling a neat and playful interface. The latest android version makes many changes to its interface in terms of customization, security, and privacy while boosting productivity.

With the development of fold able phones and the growth of 5G technology, Android 10 aims to deploy cutting-edge technology to provide the best smartphone experience for users. Its core design focuses on greater protection, transparency, and user-control over user data in an increasingly interconnected world. Software companies in Dubai eagerly look to develop new android software to adapt to the flexible design of Android 10. 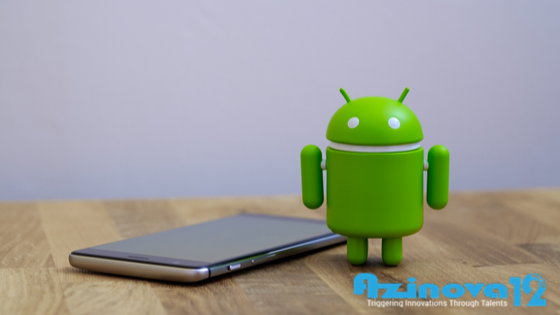 The Live Caption feature automatically captions all media and messages at the tap of a button, without the need for any network connectivity.

Similar to the Live Caption feature, this provides real-time transcriptions, with sound events that help you navigate the world around you with ease. This gives a better opportunity for digital marketing companies in UAE to provide better content directly to users.

Android 10 features built-in support to redirect calls and media directly to the user’s hearing aids through Bluetooth low-energy, enabling users to use the feature for long periods. Software companies in Dubai can use this feature to build new features for hearing-impaired users.

A handy feature for the bustling urban lifestyle, filter out background noise and augment your phone’s sound system, personalized according to your preferences. An added feature in the form of a standalone app that lets you visualize the sound around you.

Android 10  has options for suggested replies in the notification popup as well as recommended actions for messaging notifications. It has also introduced around 70 new emojis.

Sharing content with other devices had been greatly facilitated by the NFC feature in earlier Android versions. Android 10 takes it another level by enabling users to share content from apps with their contacts, with added preview feature before sharing the content. software companies in Dubai don’t have to worry about man-in-the-middle attacks with this feature. There is also a feature to share Wi-Fi details using a QR code, which renders password-sharing void.

Maintain a healthy digital lifestyle through parental controls and the Digital well being feature. Screen-time limits can be set, app activity and content restrictions can be managed via the settings menu to help your family learn, play and explore online. In addition to setting app timers, users can also monitor how they spend their time, and set daily limits for individual websites.

Users can focus on spending quality time by minimizing interference from selected apps, helping them unwind and unplug using the Focus Mode. With one tap, you can get things done without any interruptions. This is greatly helpful for when you need an interruption-free environment during a conference call, or when you need to mute a few distraction apps.

A feature carried over from Android P – where the feature uses machine learning to estimate the usage schedules of various apps so that the phone only spends battery power on the apps you are likely to use.

Regular security updates can now be accessed faster and easier with android 10. Important security and privacy fixes can now be sent directly from Google Play like all other apps so that users can get these fixes as soon as they are available. 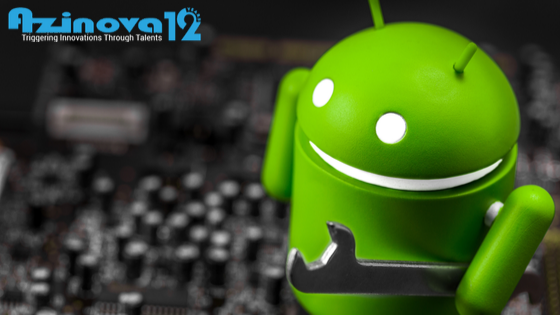 Users can now control when apps can access their location.- while in use, or never. When the app asks for permission during installation, users can make use of this feature to decide on the level of access to location data. Complete access is followed by a one-time notification confirming your choice. This can always be changed in the Settings menu as well.

User safety is prioritized with the ELS feature. Enhanced location data can now be sent directly from your phone to emergency services when an emergency call is made.

Users take control of all their privacy settings – from app permissions to web and app activity and location history. New and smarter controls let you decide what data you can share and for how long.

The new camera provides support for new file format – heic – to save still images. this format captures, collects and shares depth photos including AR across Android devices. There are also some added camera features that now require camera permissions before they can be accessed.

Improved UX features have been added to the OS design, helping users adapt to the new smartphone technology and its related accessories.

Adapting to the bezel-less display and notched screen trend in smartphones, gestures are the latest way to navigate without buttons. Swiping back and forth as well as top to bottom provides a smooth experience that had previously been constrained by on-screen buttons.

Third-party apps from software companies in Dubai had the option to include a dark mode as part of their features. Google has integrated this feature into the UI as well as base applications through the Dark Mode. the true black aspect reduces digital eye strain, helping conserve battery as well.

Google Pay is easily accessible through the power menu, providing access to all your stored payment options as well as boarding passes and emergency information.

The USB port is protected against moisture and debris with this feature that notifies the user and locks out accessories when it detects contaminants in the port. 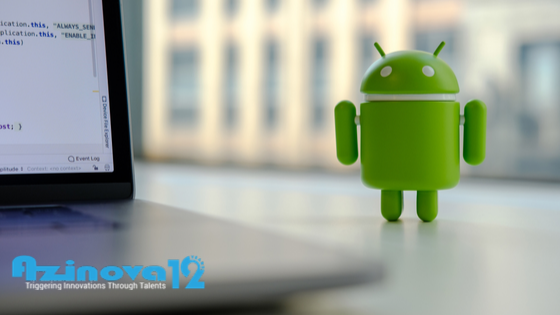 Managing notifications just became easier. The notification panel features a “manage” option at the bottom left-hand corner so that you can take action as you reply. Notifications can be organized and prioritized by marking them as “silent” or “alerting”, allowing you to sort important notifications.

Android Auto comes as a built-in app so that users can just plug into their car’s display without having to download the app.

Developers can load different system images in order to carry out testing without affecting the original system image using this feature, providing a huge boost for mobile app development in Dubai.

Building better software for the future:

Developing software in the fast-changing technological landscape is a daunting challenge for budding developers as well as established companies. Azinova Technologies is ready to assist you in the venture of mobile app development in Dubai. We specialize in all kinds of app design and development for all your needs, putting quality above the rest.