Kotlin is a statically typed programming language that runs on the Java    virtual machine and can also complied with JavaScript source code or use the LLVM compiler infrastructure. Built by JetBrains, Kotlin is now the official programming language for Android development.  Kotlin contains safety features for nullability and immutability to make healthy Android apps and performant by default. Most developers now prefer Kotlin over old and slow Java because Kotlin is precise in writing and comes with an Integrated Development Environment [IDE]. Not just that, what makes Kotlin make more interesting is that it can be adopted into an existing Java code.

Above all, Google has announced Kotlin as a first class language for writing Android apps.

Android developers are now switching to Kotlin because of many reasons. The reasons are:

Kotlin is in open source form. It not only helps in Kotlin development; however, also supports core products developed in Kotlin.

Kotlin can be adopted into the existing Java project. It is 100% interoperable with Java. It is very useful for a first time user.

Unlike Java, you don’t have to write every detail while coding in Kotlin. The Kotlin compiler writes the huge part of the code by itself. It saves a lot of time and efforts of developers.

Learning Kotlin is very easy for anyone who knows Java. Getting started with Kotlin is easy and hassle-free for experienced Android developers.

Null-safety is the best feature of Kotlin. With the advent of Kotlin, it helps developers to write safer codes and avoid NullPointerExceptions in their app. It helps to improve the quality of the apps.

One can use Java frameworks and libraries in Kotlin as Kotlin generates Java bytecode. 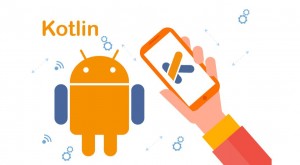 Instead of Java, Kotlin can be used in Android app development for simple and safer codes without any hassles. Kotlin is not a replacement of Java. It is the simpler and better-modernized version than the old and slower Java. Ever since Google announced Kotlin as the first class language for Android app development the popularity of Kotlin is increasing among the Android developers. It has many features that Java does not possess. An experienced Android developer can learn Kotlin very easy.  What makes it more interesting is the fact that, Kotlin can interoperate with Java and one can use Java and Kotlin files in the same project. Soon, Kotlin will take Android app development a step ahead.